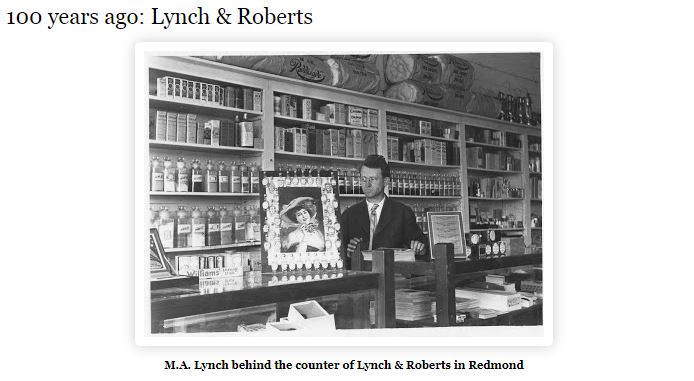 According to the Internet Surname Database, Lynch is an Irish name which means, roughly, “the descendant of the mariner.”

M.A. Lynch was one of Redmond’s earliest merchants, opening the Lynch & Roberts department store there in 1910. He later served as Deschutes County’s sole member of the state House of Representatives, in 1933.

The school which bears his name opened in 1965.